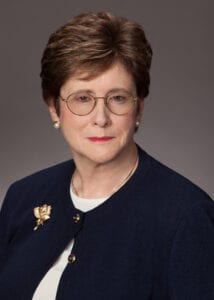 Dr. Diane Damos is the president of Damos Aviation Services, Inc. She received her doctorate in aviation psychology from the University of Illinois in 1977. Between 1977 and 1997 she served on the faculties of the State University of New York at Buffalo, Arizona State University, and the University of Southern California. In 1997 she began  working full-time at Damos Aviation Services, Inc. She is a fellow of the Human Factors and Ergonomics Society, the Royal Aeronautics Society, and the International Symposium on Aviation Psychology and an associate fellow of the Aerospace Medical Association. She is an accredited aviation psychologist.

Dr. Damos was a consulting editor for the International Journal of Aviation Psychology for 19 years and the special editor for an issue of the International Journal of Aviation Psychology on pilot selection.  Dr. Damos served as the chair of  the Aerospace Technical Group of the Human Factors and Ergonomics Society from 1998 to 2000. She was appointed to the United States National Academy of Sciences/National Research Council Panel of Human Factors in Air Traffic Control Automation. She was also president of the Association for Aviation Psychologists.

Dr. Damos has been retained as an expert witness in cases involved with the life-time earnings of professional pilots and with pilot career paths. She has been involved in several mediations involving the staffing and workload of cabin crew.